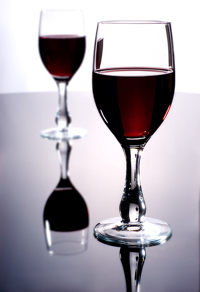 If you know anything about Israelis and alcohol you know the two don’t really go together. Although Israelis love going out late and partying to “black music” (that’s how hip-hop is called in Hebrew) they don’t really drink much alcohol. Israelis don’t know how to drink and don’t like drinking. Their idea of drinking is to go out with a big group, share a single Bacardi Breezer (or Smirnoff Ice) and drink from it out of a straw. They usually just make it through half the bottle and take the rest as a “take away” order.

Armed with this knowledge I had a funny experience in New York right as Passover came to an end. Having gone out for dinner to a nice Italian restaurant, I was seated next to two Israeli girls. When they finished eating and flirting with the waiter they left… and left on the table two full glasses of wine. It wouldn’t be so funny if it wasn’t so typical, and sad.

This entry was posted on Thursday, April 12th, 2007 at 5:16 AM and is filed under Israeliness. You can follow any responses to this entry through the RSS 2.0 feed. You can leave a response, or trackback from your own site.